Rock is the Food of Life - ZP Theart

At MCM we believe that music in itself is healing. It’s an explosive expression of humanity, something we are all touched by. No matter what culture you are from or what you believe in. Music is to the soul what words are to the mind.

Our goal is to bring musicians and music lovers together to create a place of harmony and enjoyment.

“Without music, life would be a mistake”

Famous Musicians, Bands who have just started or events like Karaoke or other Parties.

At MCM you can have it all, but the most important part is that everything is of high quality, everyone is treated with respect and a that our guests and the Musicians have feeling of being home and feel welcome.

We hope to see you soon at one of our events ! What to do with tickets of cancelled shows

What to do with tickets of cancelled shows. 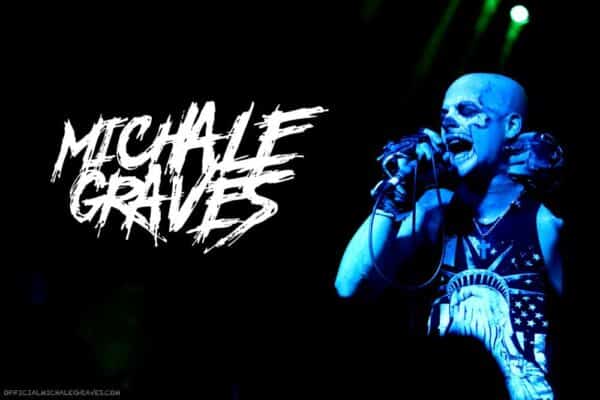 Michale Graves is comming to the Meister

Michael Emanuel (born March 21, 1975), better known by his stage name Michale Graves, is an American singer and songwriter. He is most well known as the lead singer for the 1990s re-incarnation of the Misfits from 1995 to 2000, leaving briefly in 1998. Graves grew up in Dumont, New Jersey.[1] He has also released several albums as a solo artist 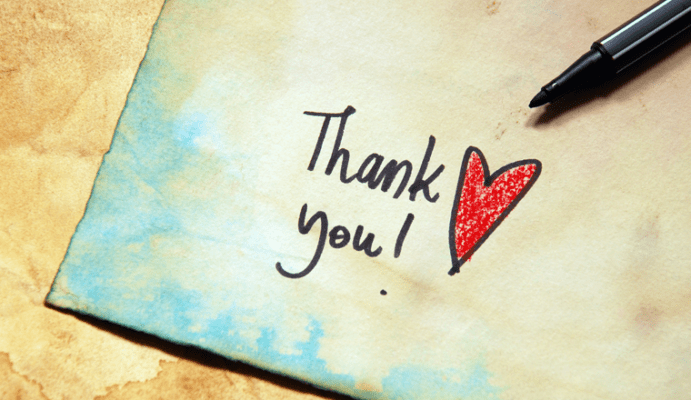 We Need Your Help !!

We need your COVID19 or the Corona virus has hit everyone hard across the world. Muziekcafé de Meister is a place which was created by and for music lovers in order to enjoy live music and give bands a chance to reach new audiences. So naturally we as a music loving community have been hit hard by the effects of the Corona virus as well. Muziekcafé de Meister can only continue if we can generate profit from concerts and from people buying drinks during our shows. We receive no commissions or other financial benefits during this situation. Due to the Grade 2(UK)
Formed in Ryde on the Isle of Wight in 2013, when its members were schoolboys aged just 15, the three musicians quickly discovered that their options on a small island south of Southampton were limited. It was on one such jaunt that Grade 2 met Lars Frederiksen, the rhythm guitarist with, among others, Rancid.Like many a fine punk band – in fact, like Rancid themselves – Grade 2 use poetry to combine the sinister with the mundane, and then play the results at a volume that is considerate of their neighbours – they turn it up loud so they can hear it, too.

THE TAKE nyc(US)
Famed NYHC drummer Will Shepler (formerly of Agnostic Front, Madball) and Sick Of It All bassist Craig Setari (also formerly Agnostic Front) had an idea for a hardcore power trio. Will called longtime friend, guitarist/vocalist Scott Roberts (formerly of Biohazard, The Spudmonsters, Bloodclot!) who had just left Biohazard only weeks before. It was perfect timing for Scott as he wanted to move on and create something new from the ground up with complete creative freedom and passion. Soon after, Scott and Will began working on what would become The Take’s self titled debut record. Craig was busy with Sick Of It All’s hectic touring schedule so Scott recruited friend and oi veteran Carlos Congote (formerly of 45 Adapters and Urban Noise) to complete the lineup. 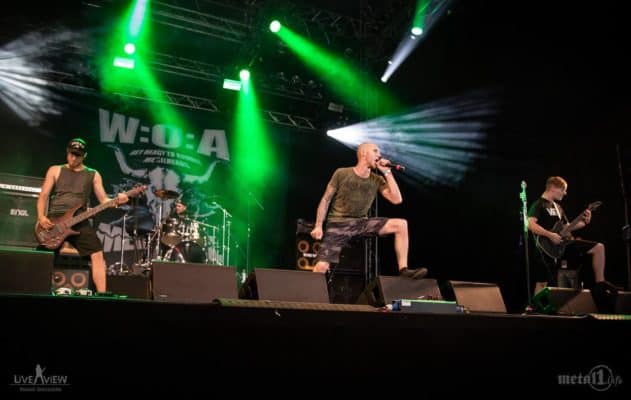 Reviews like the one shown here, which Bert Velozo posted on our Facebook site, is what drives us to do what we do. We strive to create the Best, Safest and Most Awesome Venue for any Musician to play at and for any Music Lover to visit.

Making people happy and enjoying music is our number one goal in everything we do. If you have ever been at Muziekcafé de Meister either as a guest or Musician, then please leave an honest review on Facebook or contact us to let us know how we can improve. 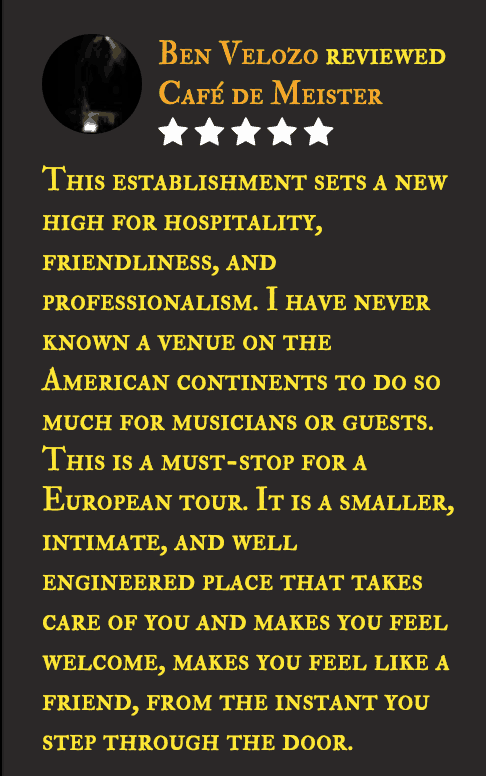